I have previously posted some items from OSU’s 1962 Liberty Bowl game in which the Beavers, led by Terry Baker, defeated Villanova 6-0.  This Hamilton brand wristwatch was a memento I’m assuming was given to players and coaches for playing in that game.  Even today watches are a common gift given by bowl game hosts to the teams who play.

This watch was made by Hamilton, a Swiss company that made its first watch in 1893, and still makes high-end watches today.  Vintage Hamilton watches are desirable collectors pieces for some watch enthusiasts.  I haven’t seen (or researched) a lot of Hamilton watches that were made for  bowl game, but they must have made them for a handful of years, as I did see ones from the 1955 Orange Bowl and 1962 Tangerine Bowl.

This particular watch features a round case with triangular and Arabic hour markers as well as alpha style hands and seconds subdial. The stem wound watch has 17 jewels.  While similar Hamilton watches of this era aren’t particularly expensive (usually less than a few hundred dollars) some of the higher-end Hamilton models of that era can be several thousand dollars.  Unfortunately they weren’t giving the players the highest-end models back then!  Either way they are neat mementos from bowl games long ago which can still be worn today. 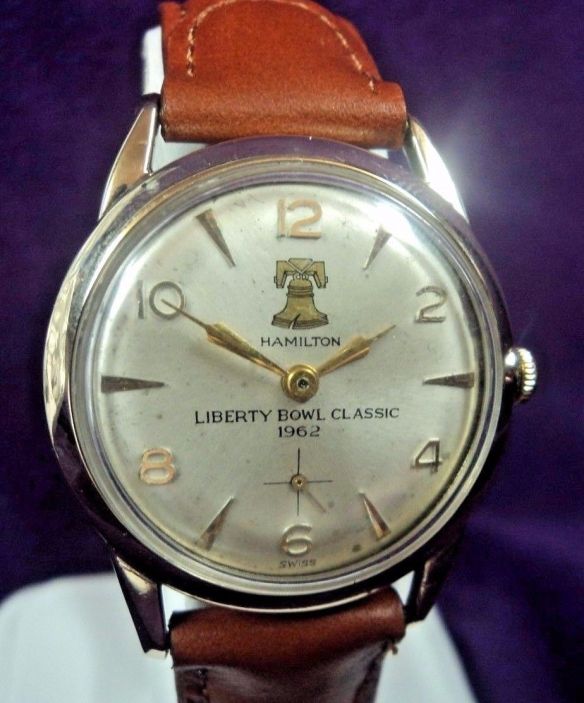 I have come across a couple different variations of pennants from the Beavers 1957 Rose Bowl vs. Iowa, including these two below.  The top one is the first I have seen from this game that actually has the 1957 date on it.  The other pennants with no date you basically had to date by finding old pictures, as I did with this earlier 1957 Rose Bowl pennant that I posted about.

The 1939 Oregon State College football team finished the year with a 9-1-1 record, culminated by a win in the program’s first ever postseason bowl game, the Pineapple Bowl.  Played in Honolulu, Hawaii on New Year’s Day in 1940, Oregon State faced the local Hawaii Rainbow Warriors and came out victorious by a score of 39-6.

OSU’s website has a great story you can read here  about the history of Beaver football in Hawaii, including some background on this game.  And if you want to see something really cool, Oregon State’s archives has nine minutes of an amazing home video from that trip IN COLOR that you can watch here.

Below is a picture of the program from that 1940 game, which is the only one I have ever seen.  Also included is a team picture showing the lucky players and coaches who made that month long trip to Hawaii (courtesy of oregonstate.edu). 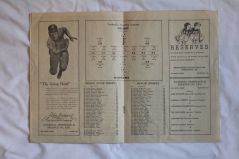 This Oregon State College pennant is slightly longer than a normal pennant and is felt with stitched lettering.  I haven’t pinpointed a specific year for this pennant but my notes say it dates to 1938-1948.  The half black and half orange style of the pennant makes it unique, and the OSC logo with the overlapping letters was only used by the university for a while, but it’s one of my favorite old logos.  I have previously posted another pennant with the similar OSC logo that you can see at this link.

Here’s another great example of an early Oregon Agricultural College (now Oregon State University) pennant showing both the OAC letters and a beaver eating a tree.  This pennant dates sometime between 1910 to 1927.  We know it’s during this time as the Beaver was first referenced in association with Oregon State around 1910 (some historians say 1916), and the school changed its name from OAC to OSC (Oregon State College) in 1927.  All of the early OAC pennants I have seen featuring beavers shows the animal’s fully, as opposed to the more cartoonish Benny Beaver mascot with its smiling face that we primarily saw on pennants in the 1950’s and beyond. 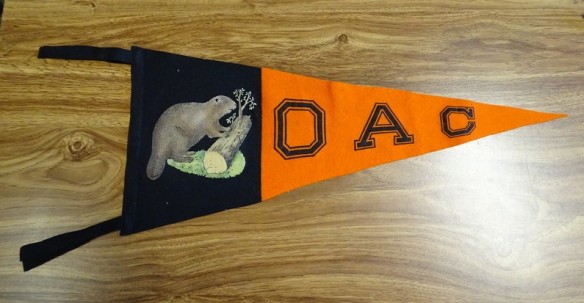 These two vintage Oregon Agricultural College (OAC) pennants were found folded inside a scrapbook kept by an Oregon State student from 1908, which he put together to commemorate the 1908 Civil War football game.  However, it’s unlikely the pennants are from 1908, because records in the OSU archives suggest the school was first referred to as the “Beavers” in 1910.  Some historians argue the date is later, around 1916.

Since one of these pennants has a Beaver on it, it may have been from one of the student’s last years in school (estate records show he attended from 1908-1912) and just inserted into the scrapbook for safe keeping.  Or another possibility is the student could have stayed in Corvallis after graduation or been associated at OSU at a later date when he obtained the pennants, because his estate also had a picture of the OSU student body and faculty from 1923. Either way they are very cool early OAC pennants that likely date sometime between 1908-1923! 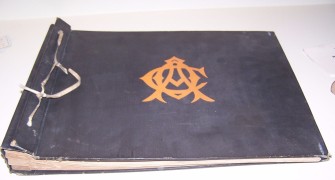 For once I can actually date an item with quite a bit of precision!  This black and orange reversible wool hat, or beanie as they were called, belonged to an Oregon State student named Gene Winn.  A 2009 obituary for Mr. Winn says he was born in Albany in 1930 and attended OSU for a couple years, starting in 1948.  He lived and worked in Albany and Corvallis most of his life, eventually retiring from the Fred Meyer in Corvallis.  I’m not sure when he retired, but I can’t help but wonder if our paths ever crossed in that store, which I frequented so regularly during my time at OSU! 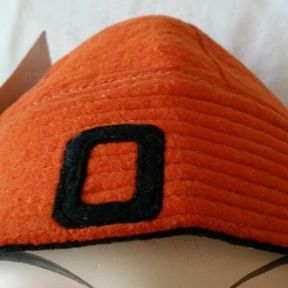 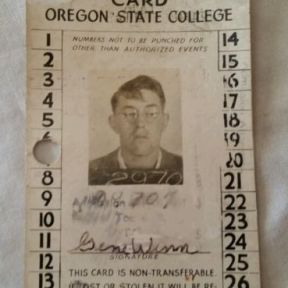 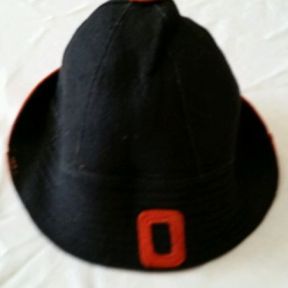